Deutsche Bank analyst Robyn Karnauskas came out today with an update on Gilead Sciences (NASDAQ:GILD), following the news that Anthem Inc. (NYSE:ANTM) chose GILD’s hepatitis C drug as the primary option for patients with the most common type of the disease. The analyst maintains a Buy rating with a $125 price target on the stock.

Karnauskas noted, “GILD secures HCV deal w/ Anthem covering 3-4.5% of US lives. Bloomberg reports that Harvoni will be the primary option for Anthem employer plans. Anthem indicates that it got “favorable pricing” form Gilead. We note that Anthem is an ESRX client, representing ~10-15% of the ESRX book or ~8.5-13.5M lives. The previously announced ABBV deal with ESRX covered 25M lives or ~28% of the ESRX book.”

The analyst continued, “We see the Anthem deal as positive; however note that discounts are now key to play in the HCV space. We believe that we model the discount appropriately for GILD at ~30% and that the co will still win and maintain dominant market share.” 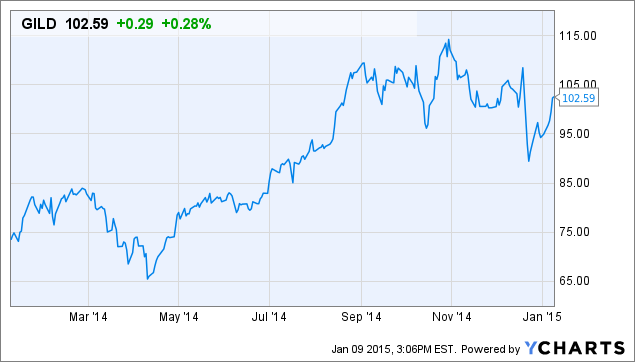