William Blair analyst Nicholas Heymann weighed in with a few insights and thoughts on the US industrial giant General Electric Company (NYSE:GE), after returning from the 51st Paris Air Show, where GE hosted investors to discuss its aerospace-related businesses. Heymann rates General Electric shares a Perform with a price target of $30, which implies an upside of 11% from current levels.

In his research note, Heymann wrote, “The $24 billion aviation portfolio has grown sales at a 10% compound annual rate over the past two years, while operating income has grown at a 15% compound annual rate over the same period. GE plans to introduce nine new product platforms between 2010 and 2020 and will have its fleet service grow by 10,000 engines to 46,000 by 2020 from 2015. The company’s backlog is impressive, reaching slightly more than $160 billion after GE announced more than $19 billion in firm orders and commitments during the 2015 Paris Air Show. The company has invested to grow its aviation business, adding seven new plants in the past seven years to help facility production of its next-generation aircraft technologies.”

The analyst continued, “GE continues to have very successful win rates with the new products it is entering into market. Of all the aircraft flying in North America today, CFM holds a 27% market share while GE by itself owns an additional 26%. Of the North American backlog for commercial engines, CFM has a 51% market share and GE has an additional 14% by itself. When combining GE’s exclusive business and the joint ventures in which it participates, GE holds at least a 50% market share for both in-service aircraft and aircraft on order (backlog) in every major geographical region: North America, Europe, China, Asia, Latin America, and the Middle East. This, coupled with the fact that GE’s growth is outpacing overall end-market growth in each of these regions, leads us to believe that GE will remain the leader in commercial aircraft engines for a significant time to come.”

According to TipRanks.com, which measures analysts’ and bloggers’ success rate based on how their calls perform, analyst Nicholas Heymann has a total average return of -0.9% and a 50.0% success rate. Heymann is ranked #2789 out of 3679 analysts.

Out of the 12 analysts polled by TipRanks, six rate General Electric stock a Buy, while six rate the stock a Hold. With a return potential of 12.3%, the stock’s consensus target price stands at $30.44. 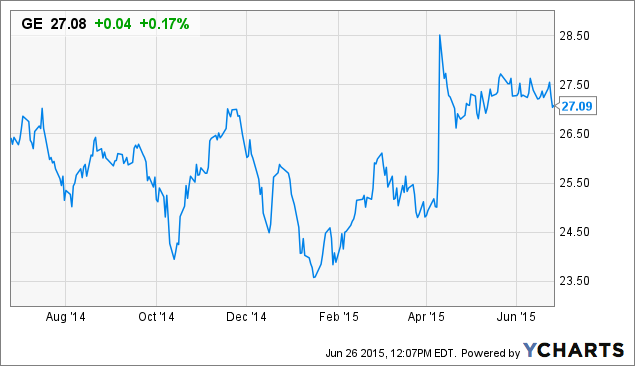