Deutsche Bank analyst John G. Inch highlighted the update on the Alstom acquisition given by Immelt, stating, “The company remains committed to the Alstom transaction and expressed a high degree of confidence that the deal will be approved by European regulators. To that end, the company noted that the deal was (concurrently being or has already been) approved in other jurisdictions. GE stated that it would consider IP or technology (divestiture) concessions, but that divestitures associated with the service business were off the table.”

Analyst John Inch pointed out that GE introduced new Alstom EPS accretion targets of 15-20 cents in 2018 – however the company did not change its 2016 accretion targets of 6 to 9 cents nor its 2018 EPS framework of roughly $2.00 (although there is no actual “y- axis” to more precisely interpret this). “Consequently, we view the 15-20 cents as filling in disclosure of what was previously contemplated/communicated.”, the analyst noted.

GE suggested that it does not need to do further “big deals”, however, that analyst remains caution as the company has reiterated this strategy repeatedly before announcing Alstom acquisition.

On a different matter, GE was recently selected as one of the 30 stocks that represent the largest short positions among Goldman’s hedge-fund clients, according to EconMatters.

On the ratings front, out of the 12 analysts polled by TipRanks.com, six rate General Electric stock a Buy, and six recommend a Hold. With a return potential of 14.6%, the stock’s 12-month consensus target price stands at $31.60. 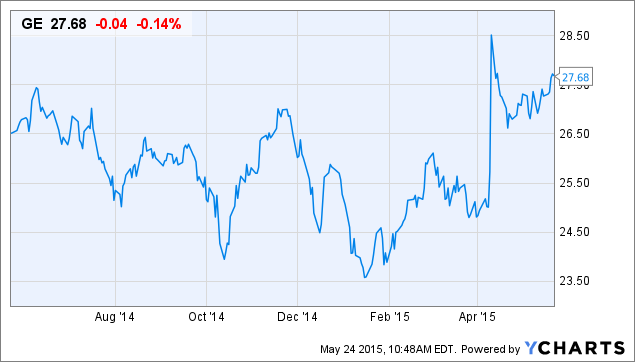