Galena Biopharma Inc (GALE): The Good and The Bad

Analysts are weighing in today on Galena Biopharma Inc (NASDAQ:GALE) with mixed ratings, as the company released its second-quarter earnings results after the closing bell on Thursday. The company posted $3.38 million from the sale of Abstral, below consensus estimate of $3.54 million. The earnings have prompted analysts to debate whether Galena is in good or bad position.

On the bright side, MLV analyst Vernon Bernardino noted that with the 2nd anniversary of Galena’s Abstral launch approaching, the Yr/Yr Abstral growth (48%) has also been remarkable, with overall sales now totaling $17.9MM since its launch in October 2013. Bernardino stated, “Abstral revenues continue to be strong, driven by increasing transaction prices (now $5K). With the launch of Zuplenz in July, we look for results that follow Abstral’s example in its early days, when quarterly sales growth averaged >30%, and forecast $1.2MM in 2H15 sales.”

The analyst reiterated a Buy rating on GALE, with a price target of $5, which represents a potential upside of 231% from where the stock is currently trading.

Cantor Fitzgerald analyst Mara Goldstein took the other route, reiterating a Sell rating on GALE, with a $2 price target. Her Sell rating on the shares stems from concerns such as lingering legal issues, lack of consistency from ABSTRAL sales, and pending patent challenge.

Goldstein wrote, “Galena reported EPS of ($0.10), and ($0.07) excluding the impact of warrant liability, compared to our forecast of ($0.11). Revenues of $3.4 million were below our forecast of $4 million, though just below FactSet consensus of $3.5 million. We have had modest expectations for ABSTRAL, and the miss, though minor, places pressure on succeeding quarters to achieve year-end guidance.” She concluded, “Given tempered revenue guidance (low end of range) and time to meaningful clinical data points, we prefer to stay on the sidelines. While our PT rounds to $2.00, we are not inclined, given our concerns, to be more constructive at this time.”

Out of the 8 analysts polled by TipRanks, 5 rate Galena Biopharma stock a Buy, 2 rate the stock a Hold and 1 recommends Sell. With a return potential of 204.6%, the stock’s consensus target price stands at $4.60. 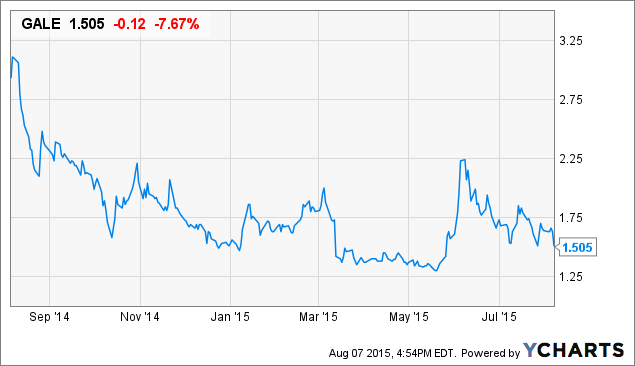