Lache explained: “We believe that Investors’ concerns about F’s prospects are legitimate. The company’s new product offensive is quite impressive, but these launches will coincide with a peaking of the NA market, somewhat less favorable pricing dynamics, and significant increases in fixed costs. In addition, as discussed in more detail below, F appears to be taking a more aggressive tack vs. its peers w/r/t improving fuel efficiency. And we’ve grown increasingly concerned that consumers may be less willing to pay for this in a $3.00 gas price environment.”

The analyst continued, “The upside case for Ford’s shares hinges to some extent on the success of the company’s new product barrage, and perhaps to a greater extent on Ford following through on cash returns to shareholders. We are no longer counting on the company’s product pipeline to provide significant earnings growth. Nonetheless, we believe that Ford’s Free Cash flow will remain significant, and this represents the primary underpinning of a favorable risk/reward. We project that Ford should be able to generate $5.7bn free cash in 2015 (a 10.6% free cash flow yield) despite drags from F150 downtime, elevated launch/advertising costs, and losses in Europe and South America). And we believe that 2016 free cash flow has potential to be somewhat higher. More importantly, we believe that the company is poised to significantly increase the proportion that is returned to shareholders.” 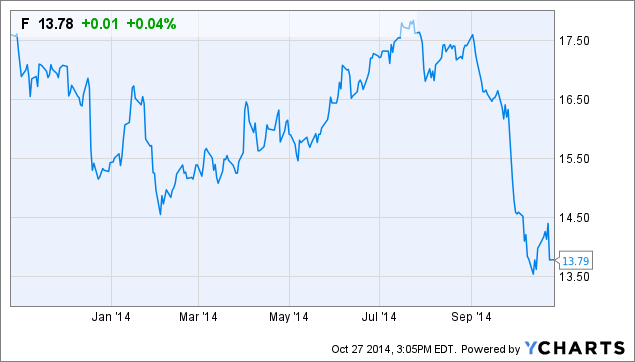