Kasimov wrote, “CELG reported solid 2Q results, but recall that preliminary numbers – both a top- and bottom-line beat – were pre-announced in conjunction with the RCPT acquisition last week. The most notable performance, in our view, is the Otezla beat of $90M vs. cons of $84M. Additionally, Abraxane came in below cons ($244M vs. $258M), and we will look for commentary on market dynamics from mgmt. CELG also previously raised FY15 adjusted diluted EPS with the 2Q pre-announcement and reiterated other items of 2015 guidance.”

The analyst maintained a Neutral rating on Celgene stock, while no price target was provided.

According to TipRanks.com, which measures analysts’ and bloggers’ success rate based on how their calls perform, analyst Cory Kasimov has a total average return of 17.8% and a 62.6% success rate. Kasimov is ranked #127 out of 3713 analysts.

Out of the 16 analysts polled by TipRanks, 13 rate Celgene Corporation stock a Buy, while 3 rate the stock a Hold. With a downside potential of 2.6%, the stock’s consensus target price stands at $134.46. 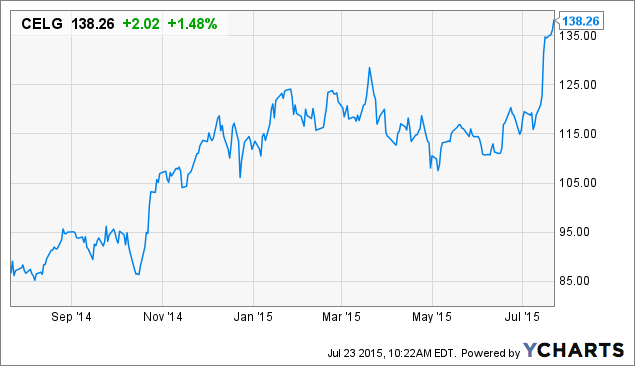