In a research note released this morning, Feltl and Company analyst Jeffrey Schreiner maintained a Hold rating on Atmel Corporation (ATML) with a price target of $8.50 following yesterday’s news that Atmel agreed to acquire Newport Media, Inc. (NMI) for $140 million in cash to gain wireless-radio capabilities.

Schreiner noted, “the NMI acquisition enhances ATML’scurrent WiFi product portfolio, with the contribution of 802.11n,while also adding low-power Bluetooth and additional firmware. ATML had stated earlier this year its intentions to buy or build low power Bluetooth which supports its move towards the Internet of Things (IoT). In CY13 Newport Media had revenue of ~$43m, implying trailing sales multiple of ~3.3x based on ~$140m and ~4x if all earnouts were paid. We would note the majority of revenue within NMI are not related to IoT products during CY13, suggesting a meaningful premium for the few technologies added thru the acquisition.” 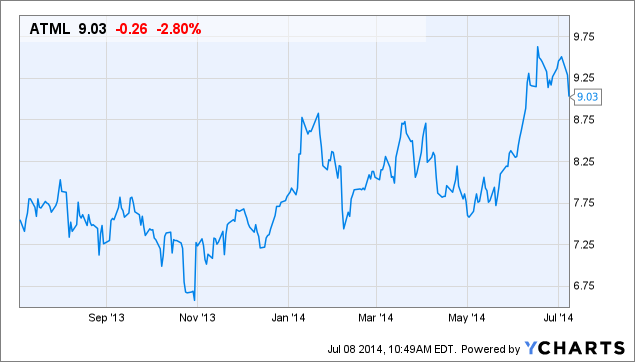