Rolland noted, “Given the magnitude of the miss, we would have liked to have seen deeper opex cuts moving forward (and excluding stock compensation from pro forma opex was not what we were looking for). That said, shares of AMD were down sharply into the close and –16% year to date, as we believe this miss was largely anticipated. Additionally, tragedy was averted as the company announced that it did not meet its WSA with GloFo, but it would not incur any penalties and fees.”

The analyst concluded, “Overall for AMD, in our view, the company has wisely directed its strategic focus away from the core PC market and toward gaming APUs, microservers, and custom- embedded processors, areas on which its larger competitor is less focused. However, we now believe much of this transition has already played out, with visibility into meaningful peak earnings elusive.” 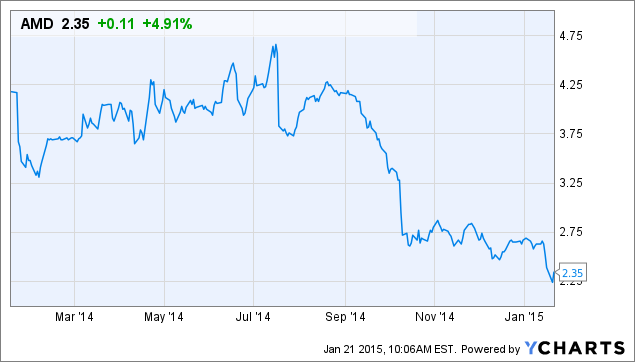