Ives sees streaming music as the tip of the iceberg for Apple, as the company looks to prove the merits of its Beats acquisition and ultimately embark further down the software/streaming services path over the coming years, helping to expand its massive market opportunity. The analyst believes the company’s massive installed base (e.g., iTunes) and ability to access/pay for high-quality content position Apple to gain significant market share versus incumbent vendors (e.g., Spotify, etc.) in the streaming music space.

The analyst noted, “While we continue to believe Apple is also ironing out work on a streaming TV service, we believe the company will continue to head down that path with the possibility of an announcement in the coming months/ late 2015. Overall, although Apple remains laser-focused on strong iPhone 6/China hyper growth in the near term, we believe that its next-generation services fit well into its device/service ecosystem, with streaming music representing a natural evolution from the massively successful iTunes platform, as the “name of the game” for Apple around music is expanding its tentacles further into the consumer world and helping build out a broader stream of content (e.g., TV streaming) down the road.”

The analyst maintained an Outperform rating on the stock with a price target of $185.00, which implies an upside of 489% from current levels.

According to TipRanks.com, which measures analysts’ and bloggers’ success rate based on how their calls perform, analyst Daniel Ives has a total average return of 8.1% and a 57.9% success rate. Ives has an -2.2% average return when recommending AAPL, and is ranked #508 out of 3684 analysts. 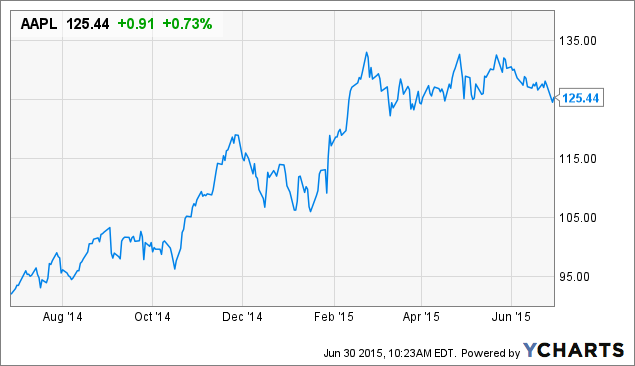