In a research report released Friday, FBR analyst Carter Driscoll reiterated coverage on Plug Power Inc (NASDAQ:PLUG), with an Outperform rating and a $3.00 price target, after hosting investor meetings with the company’s CEO Andy Marsh. Shares of the hydrogen fuel cell maker closed today at $2.24, down $0.09 or -3.86%.

Driscoll wrote, “We remain upbeat that the Amazon deal is galvanizing renewed investor interest and business opportunities. We offer the following takeaways: (1) core markets are very underpenetrated, (2) Wal-Mart profitability should improve and provide the next catalyst, (3) the Amazon deal is already driving more customer interest, (4) service margin improvement through scale, and (5) China and Amazon are key to migrating into mobility applications. We have modestly increased our 2017E revenue from a stronger pre-holiday ramp for Amazon than originally expected .”

Out of the four analysts polled by TipRanks (in the past 12 months), three rate Plug Power stock a Buy, while one rates the stock a Hold. With a return potential of 37%, the stock’s consensus target price stands at $3.06. 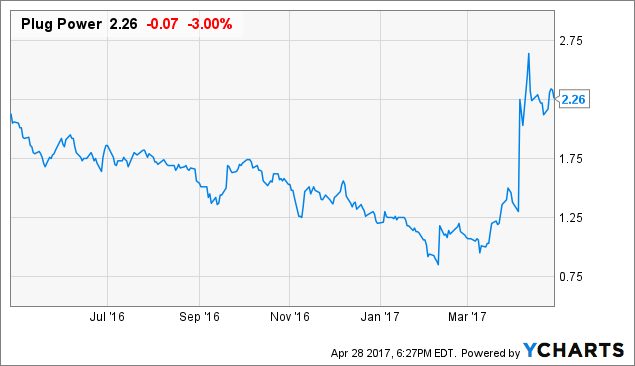