In addition, the analyst reiterated an Outperform rating on shares of Canadian Solar, with a price target of $32, after the company reported strong fourth-quarter results with record revenue of $1.12 billion and record module shipments of 1.43 GW. However, revenue guidance for 1Q of $645 million to $695 million was below consensus of $736 million.

Driscoll noted, “While we question whether the market will allow for the IPO of a Yield Co. (it may have surprised some investors that CSIQ still holds open hope that it can do so), we believe yesterday’s share price sell-off was overdone and reiterate our Outperform rating.”

According to TipRanks.com, analyst Carter Driscoll has a -11.0% average return when recommending CSIQ. As of this writing, all the 5 analysts polled by TipRanks (in the past 3 months) rate Canadian Solar stock a Buy. With a return potential of 79%, the stock’s consensus target price stands at $33.75.

Driscoll commented, “The timing of electricity sales under a sale-leaseback structure and grant awards for a new commercial operation negatively affected FY1Q16 revenue. As FCEL utilizes more of these types of financing transactions (versus sales to project investors), we expect more consistent revenue growth (as power is sold from electricity generation) that carries higher margins, but the transition will take time to unfold. The use of saleleasebacks under a PPA financing model also impacted gross margin (breakeven versus our 6% forecast), as well as product mix and the timing of service costs. Positively, total backlog continued to grow, reaching $403.9 million, up 20% year over year from $337.0 million, which does not include the 63 MW Beacon Falls project that we think could begin to add to revenue as soon as late CY2Q16.”

All the 3 analysts polled by TipRanks rate Fuelcell Energy stock a Buy. With a return potential of 80%, the stock’s consensus target price stands at $11.17. 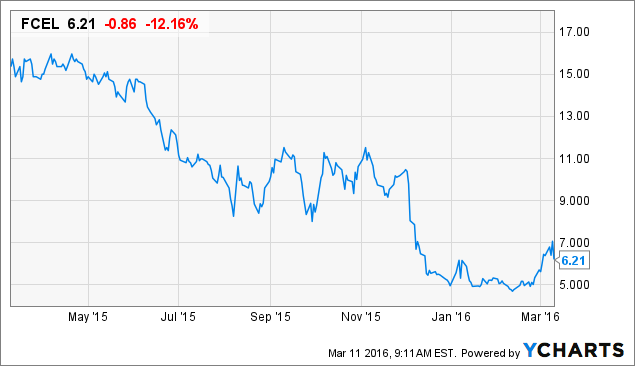