Oppenheimer analyst Fadel Gheit came out today with his views on Exxon Mobil Corporation (NYSE:XOM). The analyst rates the stock a Perform without suggesting a price target.

Gheit noted, “Based on the current strip benchmark prices for crude oil and natural gas in 2015 and 2016, we expect XOM to generate earnings of $14.7B this year and $19.3B next year, operating cash flow of $34.3B and $39.7B, and EBITDA of $42.3B and $50.4B, respectively. Based on capital spending of $34B and $11.5B annual cash dividend, we expect XOM to face free cash flow shortfalls, before share repurchase, in excess of $9B this year and next, which will be funded from additional borrowing and proceeds from asset sales. We estimate XOM needs $85/b Brent crude price to cover its CAPEX and dividend, before any share buybacks.”

According to TipRanks.com, which measures analysts’ and bloggers’ success rate based on how their calls perform, analyst Fadel Gheit has a total average return of -14.0% and a 13.3% success rate. Gheit is ranked #3497 out of 3497 analysts. 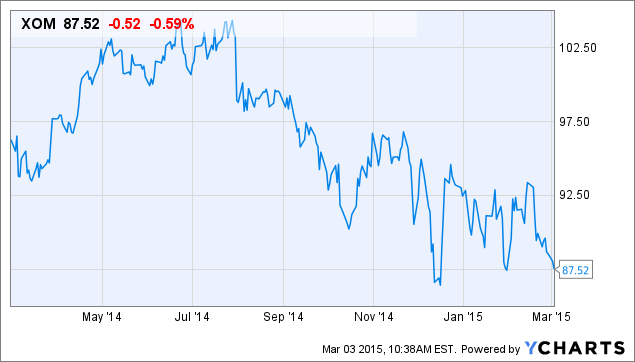