Oppenheimer analyst Holden Lewis reiterated an Outperform rating on ExOne (NASDAQ:XONE) with a price target of $35.00, which represents a potential upside of 79% from where the stock is currently trading.

Lewis noted, “3Q14 was the latest in a string of bad reports, but two meaningful items emerged. First, a firm well aware of its credibility issues was confident 4Q14 will be better, suggesting timing is a big factor. Second, it seems to be bare-bonesing 2015 guidance, lifting the odds of “miss-and-cuts” ending. ExOne hinges on good organic growth, potential upside from chunk sales, and narrowing losses. Profitability may be kicked down the road, but we still believe in six to 12 months the momentum may look substantially better from current levels, justifying an Outperform rating.” 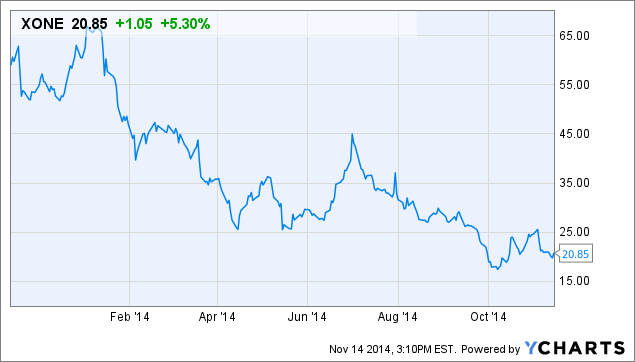