In a research note issued this morning, MLV analyst George Zavoico reiterated a Buy rating on Novavax (NASDAQ:NVAX) with a $14 price target, following yesterday’s news that preclinical data further characterizing the immune response to Novavax’s RSV F nanoparticle vaccine candidate was published online in the journal “Vaccine”. The data showed that the RSV F vaccine induces antigenic site II antibodies and protects against RSV challenge by active and passive immunization and does not cause disease enhancement.

Zavoico wrote, “This follows Tuesday’s announcement of the start of a second Phase II trial of its RSV F vaccine candidate in healthy elderly subjects to evaluate its safety, immunogenicity, and efficacy in that susceptible population. Last month Novavax initiated a maternal immunization Phase II trial of its RSV F vaccine and initiation of a Phase I trial in children is planned before year-end. With accumulating positive preclinical data and clinical trial data to come in 1H:15, we envision Novavax building a strong RSV franchise with broad applicability in all susceptible populations.”

The analyst continued, “We view these announcements as a positive sign that Novavax will meet its ambitious target of starting three RSV clinical trials by year-end, including a Phase I trial in pediatric subjects. Together with the preclinical data that provides more detail on the mechanism of action of the RSV F vaccine and confidence in its efficacy, we anticipate positive outcomes for planned and ongoing trials that will serve to inform pivotal Phase III trials that could commence by the end of next year.” 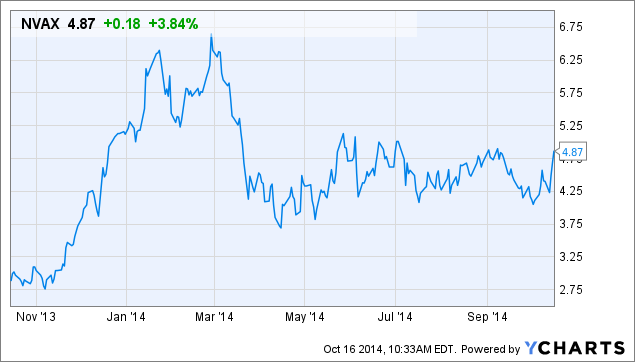