EDAP: Ablatherm Has A 65-70% Chance Of A Positive Panel Vote, Says H.C. Wainwright

In a research report issued Monday, H.C. Wainwright analyst Swayampakula Ramakanth reiterated coverage with a Buy rating on EDAP TMS (EDAP) and a $6 price target. The report follows the release of the FDA advisory committee documents that are the basis of discussion by the Gastroenterology Urology Devices Panel reviewing EDAP’s Pre Marketing Approval (PMA) application for Ablatherm for the primary treatment of low-risk, localized prostate cancer. The Panel is expected to meet on Wednesday, July 30th.

Ramakanth commented: “While the briefing documents seem negative, our read of Ablatherm specific data and FDA commentary makes us believe that Ablatherm has a 65-70% chance of a positive panel vote followed by a final approval. The analyst added, “The panel is being asked to vote on the safety, effectiveness, and the benefit-risk ratio of the use of Ablatherm in the low-risk prostate cancer patients. We believe that the FDA could be more interested in how the panel views the data and the discussion in terms of the utility of Ablatherm as opposed to the final vote. The points raised in favor and against the device utility could potentially help the FDA make a basis for their final approval decision”.

Ramakanth concluded, “We continue to rate the American depository shares (ADS) of EDAP as a Buy considering the anticipated significant growth from the HIFU franchise”. 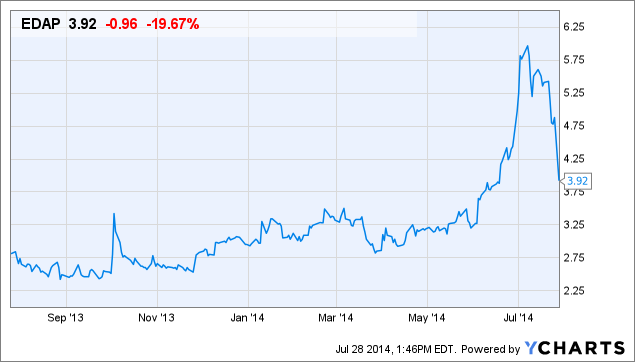