Earnings’ Final Cut: What Analysts Have To Say About Twitter Inc (TWTR) and PCM Inc (PCMI)

As the peak of earnings season continues, analysts are weighing in on Twitter Inc (NYSE:TWTR) and PCM Inc (NASDAQ:PCMI), with mixed ratings and views. Let’s take a closer look:

As Wall Street debates Twitter’s third-quarter results, Baird analyst Colin Sebastian is out with his insights. Overall, Twitter reported better-than-feared third-quarter results, with revenue and EBITDA ahead of the Street, and provided in-line fourth-quarter guidance. As such, Sebastian raised his price target for the stock to $17 (from $16), while reiterating a Neutral rating.

Sebastian commented, “Twitter reported 3Q16 results modestly above tempered expectations, and provided what we interpret to be in-line Q4 guidance, notable given the anticipated disruption from the sales force realignment. Importantly, daily user growth and engagement continue to accelerate, driven primary by product improvements for new/existing users. We note a more positive tone from management, as the company gears up for possibly better growth trends next year.”

As usual, we like to include the analyst’s trackrecord when reporting on new analyst notes. Sebastian has a very good TipRanks score with a 73% success rate and he stands at #10 out of 4,188 on the analyst leaderboard.

Out of the 42 analysts polled by TipRanks, 6 rate Twitter stock a Buy, 27 rate the stock a Hold and 9 recommend a Sell. With a downside potential of 2%, the stock’s consensus target price stands at $17.26.

In reaction, Roth Capital analyst William Gibson upgraded PCM shares from Neutral to Buy, while raising the price target for the stock to $24 (from $20.50).

According to TipRanks.com, analyst William Gibson has a yearly average loss of 9.5% and a 38% success rate. Gibson has a 56.3% average return when recommending PCMI, and is ranked #3759 out of 4188 analysts. 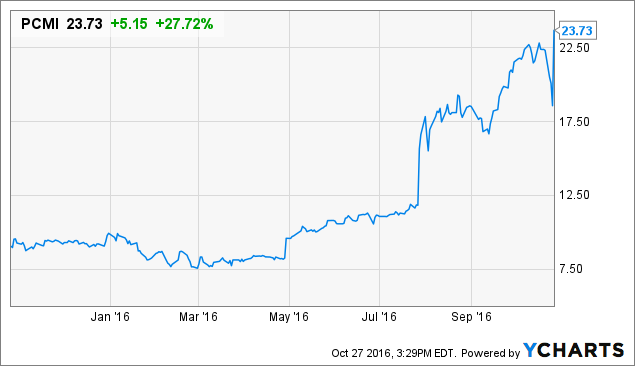