The optimism related to Tesla Motors Inc (NASDAQ:TSLA)’s energy storage products was increased today by Dougherty analyst Andrea James. The analyst reiterated a Buy rating on TSLA, while raising the price target to $355 (from $320), which implies an upside of 44% from current levels.

The analyst stated, “In April, after three years of operating Tesla Energy in somewhat stealth mode, Tesla unveiled two energy storage products, and it appears that the company intends to do exactly that. CEO Elon Musk asserted that it is possible to power the entire world’s energy needs by harnessing solar energy and storing it. Tesla would provide the “storage,” which has been the missing piece of the solar puzzle.”

Furthemore, “After speaking with a dozen experts and companies in this space, as well as conducting a nationwide survey of 30 solar panel installers, we believe that Tesla’s entry into the grid storage market disrupts it. Tesla’s primary advantage is in offering a turn-key solution, at scale and at favorable costs,” 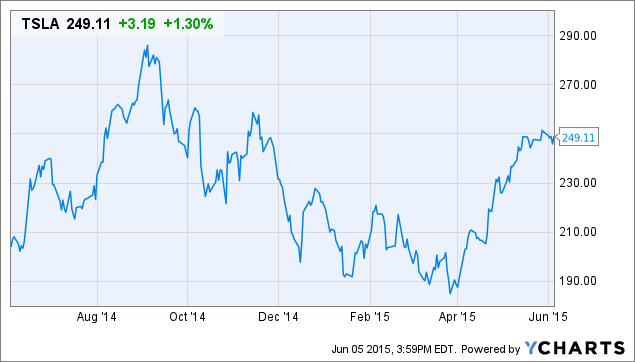