In a research report released Monday, Deutsche Bank analyst Vivian Hao upgraded shares of SouFun (NYSE:SFUN) from Hold to Buy with and raised her price target to $14.70, which represents a potential upside of 49% from where the stock is currently trading.

Hao commented: “Faced with increased competitive pressure in the online real estate market and a difficult macro environment, we believe SouFun’s LT secular growth prospects have been challenged but not jeopardized. Furthermore, SouFun’s recent proactive efforts in refining its business model should reward it with a more viable and sustainable growth outlook. We acknowledge that 3Q results will likely be weak but expect the stock price to reflect improving operations and a stronger business model.”

The analyst continued, “We note increasing positive signals into 3Q for the CN property sector, including: 1) policy relaxation by the PBOC on mortgage rates, liquidity and HPR relief; 2) ‘stronger contracted sales in September’ for major developers, based on a Deutsche Bank survey after consecutively declining MoM home prices. However, we notice competition is more severe in lower-tier markets with oversupply, where direct developer-side discounts are widely available.”

According to TipRanks.com, which measures analysts’ and bloggers’ success rate based on how their calls perform, analyst Vivian Hao has a total average return of 1.1% and a 55.0% success rate. Hao has an -27.3% average return when recommending SFUN, and is ranked #1716 out of 3326 analysts. 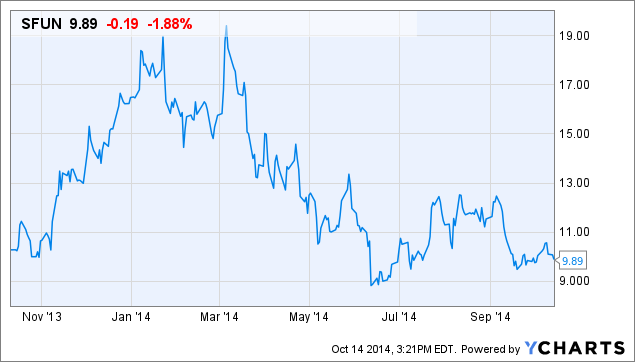