Seymore noted, “Long admirers of the co’s strong execution, we have nevertheless feared its significant customer and end market concentration inherent in its Consumer business (Samsung/handsets). With Samsung exposure falling from >30% to ~10%, concentration risk has diminished substantially in our view. Furthermore, we applaud MXIM’s adjusting its cost structure to a new slow-growth climate. With MXIM trading at ~14x ex-cash CY15E P/E and 10x CY15E EV/FCF, we believe shares represent a favorable risk/reward. Consequently, we upgrade to Buy.”

According to TipRanks.com, which measures analysts’ and bloggers’ success rate based on how their calls perform, analyst Ross Seymore has a total average return of 29.1% and a 72.9% success rate. Seymore is ranked #39 out of 3343 analysts. 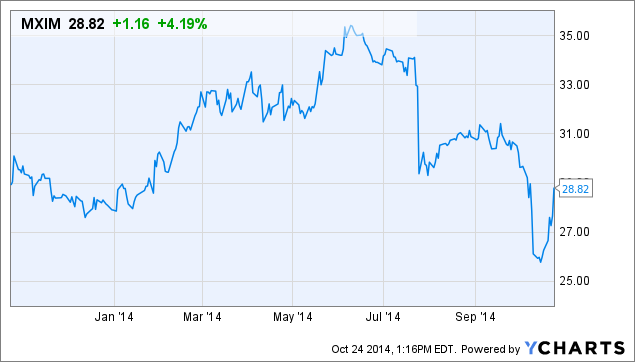