Deutsche Bank analyst Robyn Karnauskas came out with a few insights on Gilead Sciences, Inc. (NASDAQ:GILD), after conducting a survey and reviewing the latest IMS prescription data, which lead her to the conclusion that “First quarter HCV consensus may be hard to meet but 2015 consensus seems achievable.”

Karnauskas noted, “IMS predicts an increase of ~50% in new starts in 1Q’15 vs. 4Q’14 on GILD HCV franchise. The survey also indicates 1) the reimbursement process is easing, 2) More new previously undiagnosed pts are getting treatment, and 3).doctors expect the faster uptake in warehoused patients in 2015/16.”

However, while the analyst feels bullish about the HCV franchise in near term, which could increase near term cash flow, she is lowering the numbers as the patient pool deplete in her model. She stated, “Overall, these changes are NPV neutral in our model. We are keeping our 2016 PE based TP at $125 but changing the multiple to 12x from 13.5x previous.”

The analyst continued, “Given the downward pricing trend we have seen with Viekira launch, investors are worried about what happens when Merck launches (mid-2016). To account for this risk, we are increasing discounts to 54% from 46% current by 2018. We are also not taking any price increases until 2018. If the discount stays at 46% & co could take price increases, we see upside of $7/sh.”

Karnauskas rates the stock a Buy with a price target of $125, as she expects that clarity on NASH & Hep-B over 2015 will provide further upside. The current price target implies an upside of 28% from current levels. 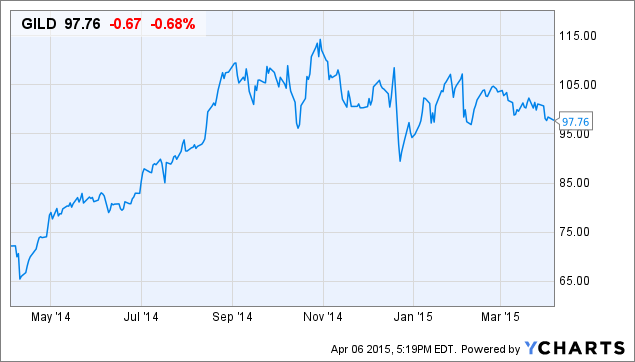