Deutsche Bank analyst Mike Urban was out today with some bearish comments on Transocean LTD (NYSE:RIG), as the company proposed an 80% cut in its annual dividend and also announced the departure of CEO Steven Newman. The analyst reiterated a Sell rating on the stock, and reduced the price target to $6 (from $16) which reflects a potential downside of 68% from today’s closing price.

Urban noted, “Reducing the dividend frees up about $800MM/yr and we believe the move will be viewed positively as a cut (if not elimination) was expected and accompanied by commentary from RIG’s board regarding reiterating its commitment to an investment grade balance sheet, continued reinvestment in the fleet and sustainable distributions to shareholders. With negative free cash flow for the foreseeable future, a multi-billion dollar CAPEX program and a wall of upcoming debt maturities, we see these goals as mutually exclusive and reiterate out SELL rating.”

The analyst explained his new price target saying, “With out-year profitability falling rapidly, rig retirements (lower NAV), higher net debt and the likelihood of higher funding costs, our target price falls to $6 from $16. It is based on a discounted cash flow of RIG’s contracted and un -contracted cash flows, net of CAPEX requirements and net debt (WACC 7.0%). Dramatic near-term improvement in deepwater dayrates/renewed acceleration in dayrates or improved visibility in the global shallow water markets (ability of the market to absorb new capacity at current market rates) could drive upside. Potential for additional shareholder activism is also an upside risk.” 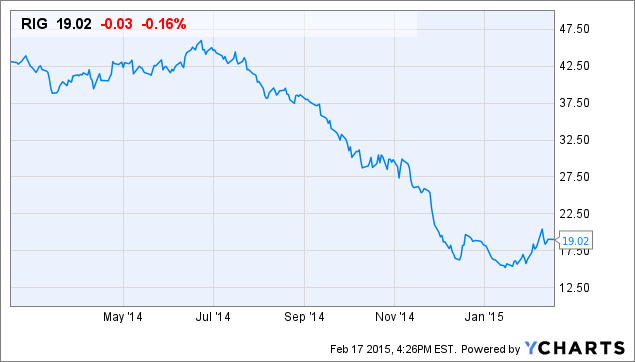