Santarelli noted, “Into expectations of flat to down, MGM guided 1Q15 RevPAR to +2-3% y/y, implying a two-year stack comparison of +16-17% and delivered on its prior commentary that it hoped to grow RevPAR in each quarter of the year. With; 1) RevPAR still well below peak (2014 was 15% below 2007 absolute dollar RevPAR), 2) a trough 1Q15 that is likely to still show 2-3% RevPAR growth, 3) no new supply, 4) undaunting gaming comparables throughout the year, 5) traction in the lower end assets on both a RevPAR and EBITDA basis, and 6) margins that have meaningful room to expand, we see the Strip story as firmly in place and hence we again reinforce our Buy rating.” 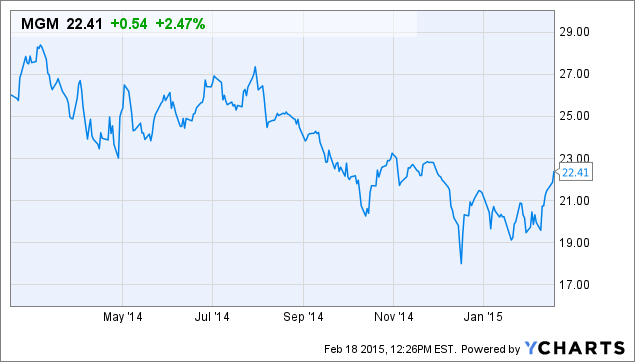