In a research report released on Friday, Deutsche Bank analyst Lloyd Walmsley reiterated a Hold rating on King Digital Entertainment PLC (NYSE:KING), but raised the price target to $21 (from $16), which implies an upside of 17.5% from current levels. The report follows the company’s strong fourth-quarter results and first-quarter guidance that was well above consensus estimates.

Walmsley noted, “King has come a long way towards proving it can bring more hits to market with Soda off to a strong start. We warm to the story but maintain Hold rated awaiting sustained traction outside of the Candy franchise.” 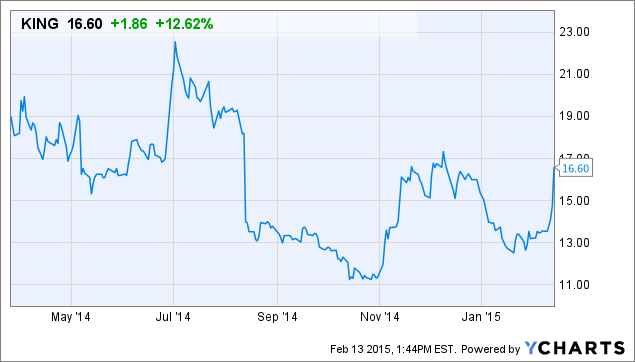