O’connor noted, “Given RF just reported 3Q results, we focused less on near term trends. RF remains one of our top picks reflecting its low valuation (trading at a 10-30% discount vs. peers), leverage to rising interest rates (2-3x more asset sensitive vs. most peers) and excess capital (which could boost ROE by 2-7% over time as it’s deployed). We recently upgraded asset sensitive regional banks following the sharp decline in interest rates and stock prices—and view RF as one of the best risk/rewards among this group.” 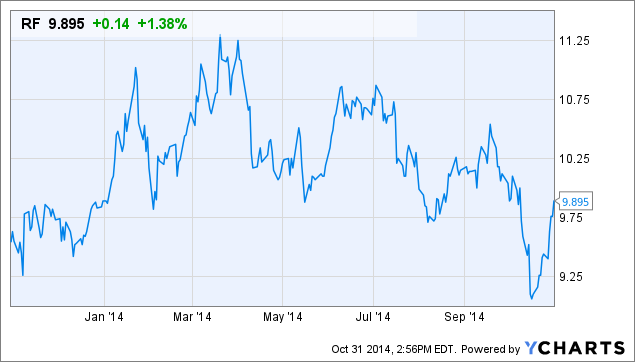