In a research report published Friday, Deutsche Bank analyst Ross Sandler reiterated a Buy rating on Groupon Inc (NASDAQ:GRPN) and slightly raised the price target to $8.50 (from $8.00), as the company’s revenue for the fourth-quarter rose 20% to $925.42 million from $768.45 million in the same quarter last year, slightly above the company’s estimate of $875 million to $925 million.

Sandler noted, “Groupon reported Billings, GP and EBITDA that were 1%, -2% and -5% vs. our estimate, largely a result of FX and increased investment in Korea for Tmon. Despite the heavy FX impact to 2015, GRPN reiterated its guidance calling for “over $315m in EBITDA,” up 25% Y/Y. There was no formal update to the APAC strategic initiative, other than confirming what many publications have stated, that there are a number of interested parties. Overall, the quarter was pretty clean for Groupon’s standard, and we see the potential Tmon sale as a catalyst. We have largely maintained our estimates.” 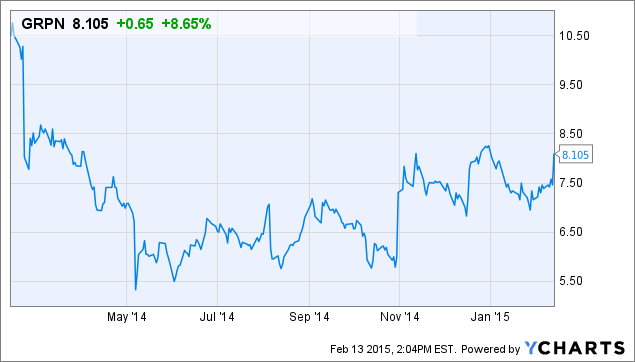