Deutsche Bank analyst Ross Seymore today joined the crowd, maintaining a Buy rating on Avago Technologies (NASDAQ:AVGO) and raising the price target to $115 (from $100), which implies an upside of 13% from current levels.

The analyst continued, “Given the combination of continued FBAR momentum, LSI-bolstered strength in Wired and Storage, incremental cost cutting, and upcoming deleveraging, we maintain our Buy and raise our P/T to $115. “ 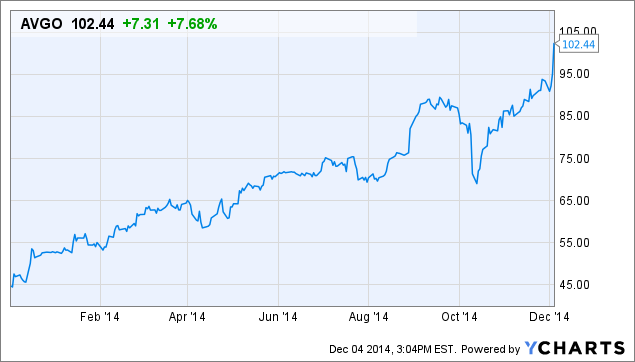