Deutsche Bank analyst Ross Sandler was out pounding the table on Twitter Inc (NYSE:TWTR) Monday, reiterating a Buy rating and price target of $65, which implies an upside of 26.5% from current levels.

Sandler noted, “Twitter is partially out of the sentiment doghouse heading into 1Q15 results, but is still largely under-owned relative to most large cap Internets. Our checks have been solid all quarter around improving monetization trends. We’ve remained consistently bullish on the TWTR story, with our base-case showing that a 5% FB-equivalent ad load could produce $6B+ in revenue a few years out, and yet shares are at 5.5x that likely case.”

“Some of the move up from the January lows priced in our optimistic view, but we think there are a number of catalysts to come in 2015, including: 1) benefits from recent feature like Instant Timeline and Video, 2) the Google traffic flowing to Twitter starting in 2H, and 3) Periscope. Twitter remains one of our top ideas, we would add to positions here.”, the analyst added. 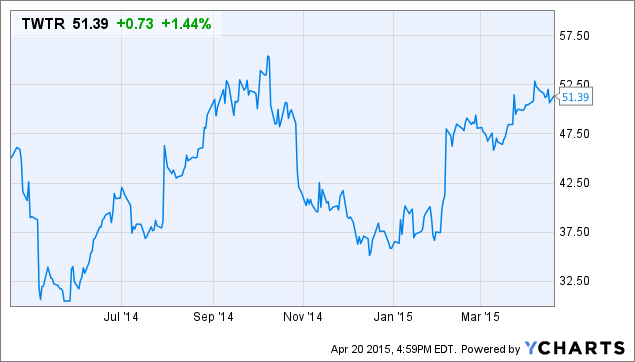