In a research report released Friday, Deutsche Bank analyst Jorge Beristain reiterated a Buy rating on shares of Freeport-McMoRan Inc (NYSE:FCX) with a $17 price target, after the company announced that it would cut costs and reduce spending due to falling copper prices and soft economic conditions around the world.

“These 2 rounds of material cost cuts roughly off-set the recent impact of commodity price plunges in both copper and oil and do not impact our Net Present Value-based Price Target as reduced cash outlays would be offset by currently low spot commodity prices. While these actions illustrate ability to “manage through” an increasingly challenging price environment, unfortunately, to truly strengthen its Balance Sheet, a primary equity raise at the FCX.N level and/or some monetization of its E&P assets are still required,” Beristain added.

Out of the 15 analysts polled by TipRanks, 7 rate Freeport-McMoRan stock a Buy, 7 rate the stock a Hold and only one recommends to Sell. With a return potential of 209%, the stock’s consensus target price stands at $32.64. 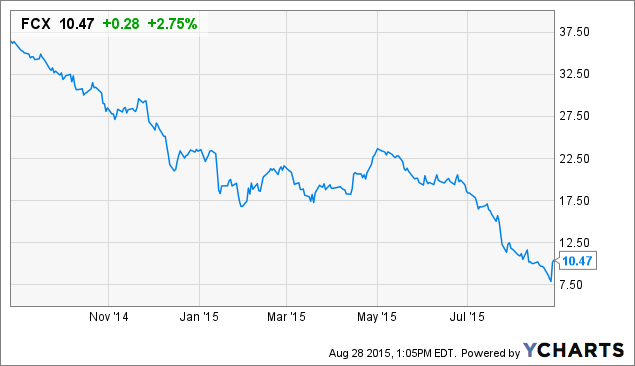 Is the Clock Running out on Freeport-Mcmoran Inc (FCX)?