Trussell said, “We believe expectations heading into Wednesday’s analyst meeting (dinner Tuesday night) are low. This includes an update on 3Q SSS that are slightly positive (opposed to bulls earlier this year suggesting +2%), no announcement on the Chief Merchant front, and no new initiatives or brands beyond what was highlighted on the 2Q call. However, after 4 consecutive quarters of negative comps and with 3Q clearly indicated to be another period of challenging apparel sales, we wonder if estimates aren’t still too optimistic. We remain on the sidelines awaiting concrete evidence of a turnaround.” 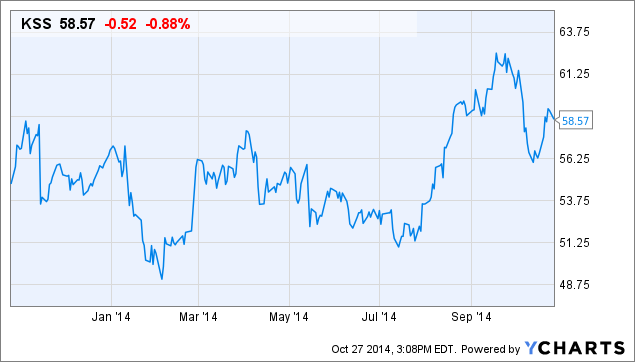