Urban said, “Even before the recent commodity driven weakness in the group, OII had sold off based on concerns about the offshore market. We think this is an overly simplistic view and believe OII has been thrown out with the offshore drilling “bathwater” as offshore service demand continues to rise in contrast to the supply driven secular weakness in offshore drilling. We see a near-term opportunity to buy/ add to OII as management is likely to offer below consensus initial guidance for 2015. Although prudent, we believe the guide will be conservative and, in conjunction with a more aggressive buyback, should be viewed as a “buy the news” event.” 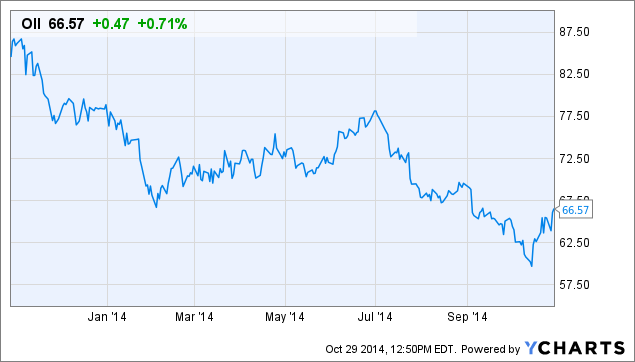 Goldman Sachs: These 3 Oil Stocks Are Set for Enormous Gains in 2020