In a research note released Friday, Deutsche Bank analyst Gregg Gilbert maintained a Buy rating on Teva Pharmaceutical (NYSE:TEVA) and slightly raised his price target to $65 (from $64), which represents a potential upside of 16% from where the stock is currently trading.

Gilbert noted, “Lots of moving parts in ‘15, thesis intact. Teva management hosted a meeting today with the primary goal of setting its 2015 targets and providing some long-term color on its growth prospects and strategy. While the 2015 outlook had several puts and takes vs. our model, the company’s near and longer-term financial targets are higher relative to our previous model, and we believe are based on reasonable assumptions that could prove conservative.”

The analyst continued, “We were heartened to hear that new CEO Erez Vigodman described business development as playing a “much bigger role” in 2015, which could create value beyond our estimates / PT. He acknowledged that the company could have more to say in 2015 on its biosimilars and over-the-counter (OTC) strategies in particular.” 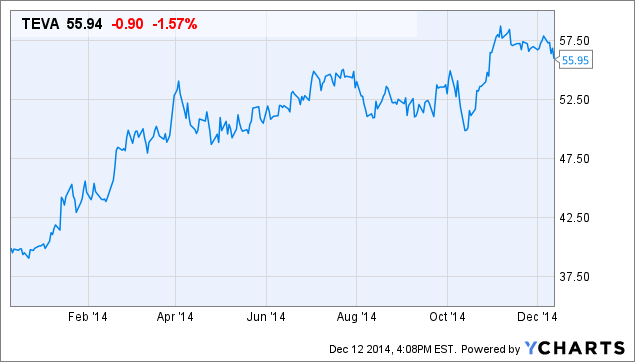