Todd wrote, “US production exceeded the high end of guidance, led by EF (117 Mboe/d vs. DBe 109) and Bakken (56 vs. 52), as accelerating activity and improved completions/well performance continue to gain momentum. We expect further acceleration onshore US in 2015 to drive positive revisions to the multi-year outlook, bolstering the case for a gradual re-rating of a stock that remains at a 20% discount to large-cap E&P peers.”

The analyst added, “No company has transformed itself as dramatically as MRO, nor has bet on US unconventional so explicitly. Since 2010, US unconventional has increased from 3% to 52% of total production and from 6% to 65% of the capital budget (post-Norway). As constructed, we view MRO as an undervalued play on three, high quality onshore basins (Eagle Ford, Bakken and SCOOP/STACK/Cana), offering above average growth, under-appreciated resource depth, growing cash return/acceleration flexibility on post-2014 FCF, and the highest upside from an improvement to ‘leading edge’ assumptions in onshore plays.”

According to TipRanks.com, which measures analysts’ and bloggers’ success rate based on how their calls perform, analyst Ryan Todd has a total average return of -4.9% and a 33.3% success rate. Todd is ranked #3074 out of 3358 analysts. 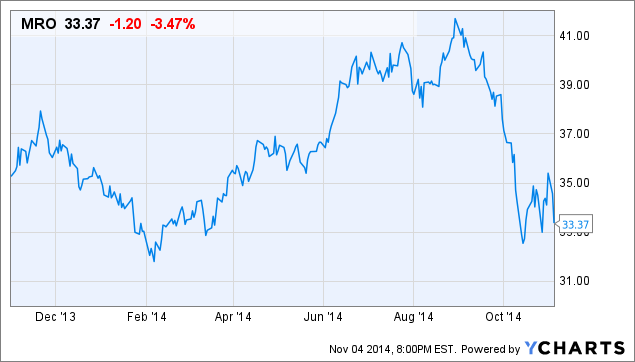