In a research report published Thursday, Deutsche Bank analyst Karl Keirstead maintained a Hold rating on Microsoft Corp (NASDAQ:MSFT) with a $44 price target, which represents a potential downside of 5% from where the stock is currently trading.

Keirstead observed, “MSFT hosted a press event to preview the key consumer features and pricing of its new OS Windows 10 with enterprise customers likely to be highlighted at MSFT’s BUILD conference in April 2015. W10 will likely be released in the summer/fall of 2015, is the first OS launch on the new CEO’s watch , and is a high strategic priority for MSFT in 2015. MSFT will likely offer added details about W10’s financial impact on its F2Q15 earnings call on Monday.” 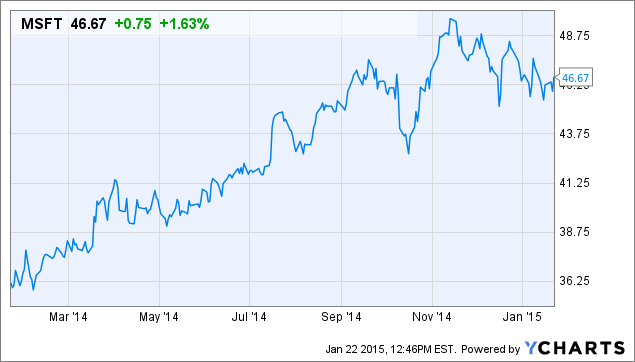