Deutsche Bank analyst Sidney Ho weighed in with a few insights on Micron Technology, Inc. (NASDAQ:MU), in light of recent weakness in the PC end market, and overall weakness in DRAM pricing. Based of series of proprietary checks, the analyst pointed out that the DRAM price negotiations remain challenging in May and the weakness will likely continue in June given still soft PC demand, potentially stalled ahead of Win10 launch.

In response, the analyst has lowered her estimates to reflect continued PC weakness; however, she believes it is likely the last estimate cut before demand strengthens in the back half of the year.

Ho noted, “While we acknowledge that the magnitude of the DRAM price drop is larger than we expected, we also believe the move is somewhat priced in to the stock, as MU underperformed SOX by ~10 ppts over the past month and ~20 ppts over the past 3 months. At the current level, we continue to see favorable risk-reward for owning MU’s shares. As such, we maintain Buy.”

The analyst slightly reduced the price target to $32 (from $34), while reiterating a Buy rating on the stock.

According to TipRanks.com, which measures analysts’ and bloggers’ success rate based on how their calls perform, analyst Sidney Ho has a total average return of -6.3% and a 40.6% success rate. Ho has a -3.2% average return when recommending MU, and is ranked #3334 out of 3606 analysts. 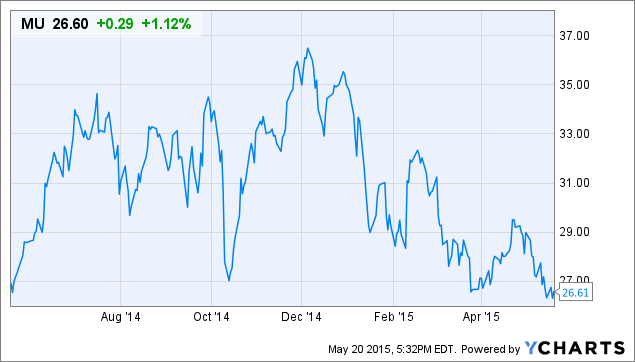