In her research note, Ho stated, “Ahead of MU’s analyst meeting next week, we are trimming our estimates to reflect lower PC/smartphone demand and slower cost improvement over the next couple of quarters. Despite lower estimates, we remain positive on MU shares as we believe a stabilization of the DRAM market and MU’s solid 3D NAND ramp plans should support an annualized EPS of $3.00+ in 2H16. Trading at ~7.5x our CY16E EPS, we believe risk-reward is favorable.”

The analyst rates Micron shares a Buy with a price target of $28, which represents a potential upside of 46% from where the stock is currently trading.

According to TipRanks.com, which measures analysts’ and bloggers’ success rate based on how their calls perform, analyst Sidney Ho has a total average return of -9.7% and a 35.0% success rate. Ho has a -15.5% average return when recommending MU, and is ranked #3568 out of 3724 analysts.

Drexel Hamilton analyst Richard Whittington also weighed in recently, upgrading Micron stock to a Buy from a Hold rating and raising the price target from $19 to $25, writing that the recent production plans with Intel for a new, non-volatile memory chip “places a floor under the MU shares.”

Hamilton calls the new memory chip a “functional cross between NAND and DRAM” and believes it can “materially” increase data center performance in the near-term and eventually replace NAND entirely in the longer-term.

Out of the 29 analysts polled by TipRanks, 22 rate Micron Technology stock a Buy, 6 rate the stock a Hold and 1 recommends Sell. With a return potential of 100.4%, the stock’s consensus target price stands at $38.35. 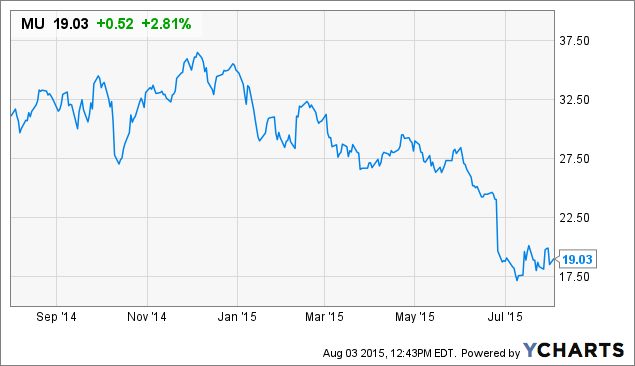