Deutsche Bank analyst Karen Short weighed in with a favorable report on shares of McDonald’s Corporation (NYSE:MCD), reiterating a Buy rating and a price target of $120, which represents a potential upside of 25% from where the stock is currently trading. Recently, the analyst hosted a meeting with investors to discuss the bull and bear points of view on McDonald’s shares, where the bulls far outnumbered the bears.

Short noted, “The meeting offered up a few interesting take-aways as well as surprising points of omission including a lack of any discussions on overseas operations. While the recent stock performance has been weak, the bullish tone of the meeting seems to indicate a more positive view for MCD’s prospects with the general consensus that its shares hold limited valuation downside. The dominant topics of interest were U.S. operations, strategic/financial options, and the November analyst day’s expectations.”

“The general consensus to come out of the meeting was: 1) a greater interest in being long MCD shares, 2) modestly positive SSS are needed in 3Q,before accel erating into 4Q to drive the shares, 3) people appear to be pricing in more capital returns at the analyst meeting, 4) greater re-franchising/cost cutting would be a positive and 5) the bear thesis was not particularly well articulated (or generally just not articulated at all) in our view and appears predicated on MCD’s inability to regain its lost U.S. SSS momentum,” the analyst continued.

Out of the 22 analysts polled by TipRanks, 15 rate McDonald’s stock a Hold, while 7 rate the stock a Buy. With a return potential of 4.2%, the stock’s consensus target price stands at $99.95. 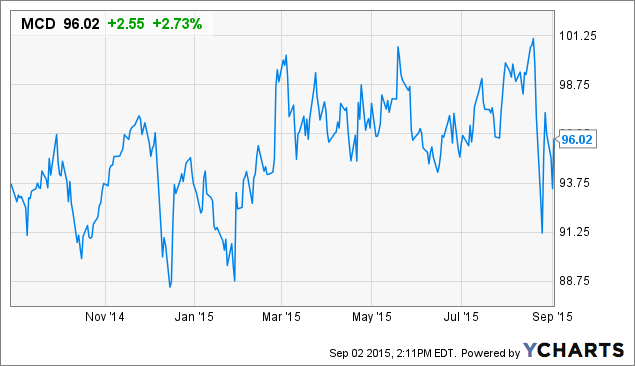