Walmsley observed, “We would take advantage of weakness around 3Q results to add to long-term positions. While we expect shares to be weak, we think investors are over reacting to disappointing short-term headline figures and ignoring some obvious explanations and bullish long term signs. Net new ALBA is a poor picture of revenue growth, user growth ex-international barely decelerated, and outside of weak display revenues, core local implied by 4Q guidance shows only 1% of deceleration if we see the standard beat to high end. While this tape is unforgiving and the next (+) catalyst admittedly unclear, we would use interim weakness to build positions in Yelp. Positives in 3Q Yelp better explained shortcomings in the ALBA metric and talked to baby steps towards better monetizing its inventory through ad sales relationships with 3rd parties and strong regional/national growth. The company beat on revenue and EBITDA on the quarter, driven largely by accelerating growth in ARPU, +9% Y/Y.” 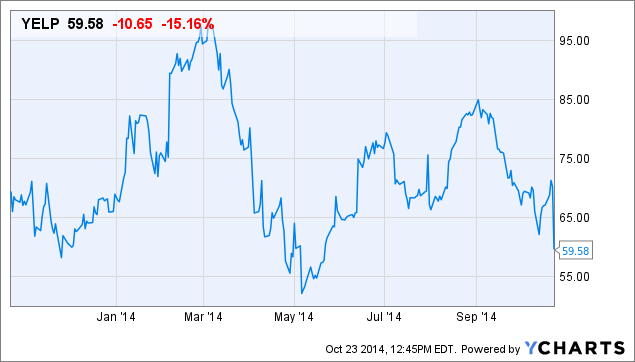