In a research report released today, Deutsche Bank analyst Karen Short assigned a Buy rating on Kroger Company (NYSE:KR) with a price target of $57, which represents a 7.5% upside from where the stock is currently trading.

Short wrote, “Many investors are concerned that food inflation could begin to slow or even become deflationary, and that without inflation, KR’s comps/profitability will stall. While we found a positive correlation recently between food inflation and ID’s, we also found a much weaker relationship between inflation and profitability. Thus, while we could see slowing inflation impact ID’s, we do not expect a material impact on EPS growth, which should remain on track and within KR’s +8-11%/yr long-term growth target.” 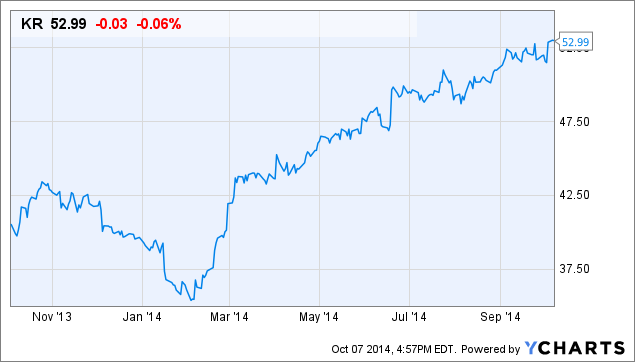