In a research note issued today, Wedbush analyst Rommel Dionisio reiterated coverage with an Outperform rating on Smith & Wesson (NASDAQ:SWHC) shares, but reduced his price target to $15 (from $20) following the company’s first-quarter results, posting revenue of $132 million and EPS of $0.26, relatively in line with consensus figures of $134 million and $0.25, respectively. However, citing bloated retail inventory levels, especially in rifles, management lowered FY15 guidance for revenue to $530-540 million from $585-600 million, and EPS to $0.89-0.94 from $1.30-1.40. 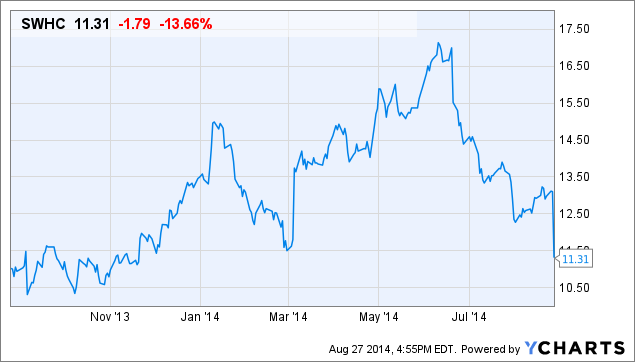