Despite Deferral Of Underground Mine, Canaccord Raises Price Target For Pan American Silver

Kratochwil comments: “Annual silver production is expected to increase by 38% in the first 10 years, due largely to a 21% increase in throughput and better recoveries (~7% for both gold and silver). While an underground resource has not been provided, we estimate 5.25 Mtonnes (based on 1,500 tpd for 9.5 years of operations) containing approximately 11 Moz silver and 0.3 Moz gold”. However, the production of the underground mine has recently been deferred 9-12 months “to proceed with additional studies and continue the delineation of underground mineralization”. 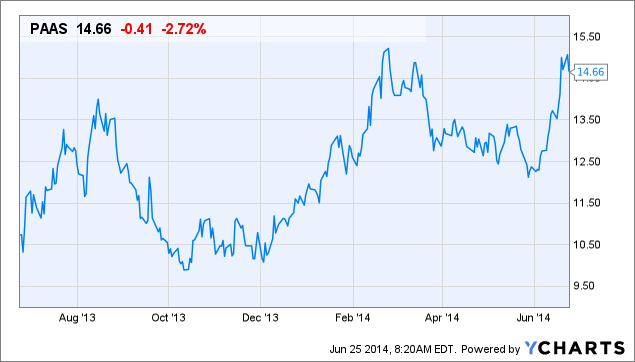