In a research report issued today, Canaccord Genuity analyst Camilo Lyon reiterated a Buy rating on Deckers Outdoor (NYSE:DECK) with a $108 price target, which implies an upside of 37% from current levels.

Lyon explained, “We believe the weakness in DECK yesterday (-8.4%) is overdone and would be buying the stock at current levels. The reason for the decline in the stock can be traced to weak December POS data from a third-party data provider. While we cannot comment on the specifics of that data set, we do believe it is lacking in context.”

Furthermore the analyst said, “Recent discussions with our industry contacts lead us to believe that the holiday season for the cold weather boot category ended on plan and with minimal markdowns, UGG included. This is despite a November that likely benefited from a pull-forward of demand at the expense of December. Also, we believe January sell-throughs have sequentially improved given more favorable cold weather vs. December and easier comparisons due to last year’s store closures. We also note that the national weather forecast for the remainder of winter (Feb-April) is calling for colder-than-average temperatures east of the Rockies, boding well for continued sales of UGGs for the next couple of months.” 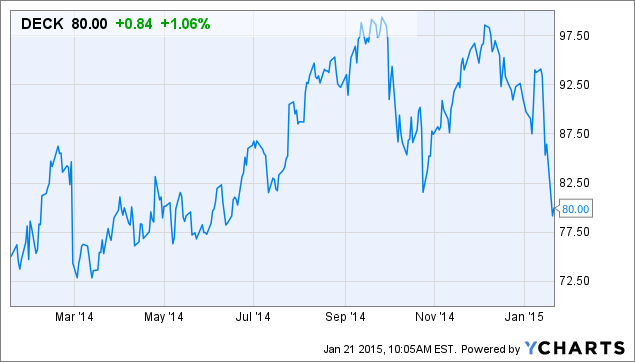