In a research report issued today, H.C. Wainwright analyst Reni Benjamin reiterated a Buy rating on Cell Therapeutics (NASDAQ:CTIC) with a $6.00 price target. The report follows today’s news that the company signed an exclusive collaborative agreement with Servier, a private French pharmaceutical company, potentially worth a total of $133.5 MM in upfront and milestone payments, to commercialize Pixuvri in select markets.

Benjamin noted, “In our opinion, the terms of the deal are favorable to CTI BioPharma, especially given the $18.1 MM upfront payment, $63.5 MM in near-term milestone payments and the fact that CTI retains the right to sell Pixuvri in the US and relatively large EU markets. In addition to Pixuvri, CTI’s core biotechnology franchise is comprised of lead compound pacritinib, a novel JAK2/ FLT-3 inhibitor partnered with Baxter (BAX; not rated), currently in Phase 3 clinical trials for myelofibrosis. With a solid portfolio of late-stage assets, two partnerships with large, seasoned pharmaceutical companies, multiple near-term drivers including top-line Phase 3 data by 1Q15, and a cash position of $49.3 MM (pro forma), we believe CTI BioPharma remains undervalued with significant upside for the long-term investor.” 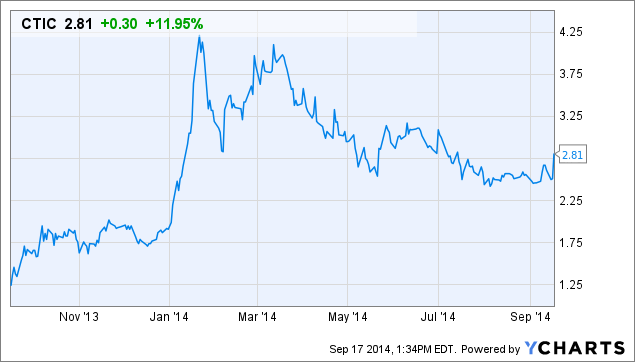