Cowen analyst Phil Nadeau weighed in today with a few observations on Achillion Pharmaceuticals, Inc. (NASDAQ:ACHN), following the company’s announcement that it has partnered its HCV portfolio with Johnson & Johnson (NYSE:JNJ). The market didn’t like the partnership news, sending shares down 14.33%.

Nadeau noted, “We have a mixed opinion of the deal and view it as having some positive and some negative ramifications for ACHN shareholders. On the positive side, in addition to potentially meaningfully accelerating the development of a triple combination regimen containing an ACHN-discovered molecule, the collaboration diversifies the possible candidate regimens, increasing the chances that Achillion will some day have a marketed product.”

“However, the deal does have certain drawbacks. It clearly removes any prospect of a near-term acquisition. With no non-dilutive upfront payment (only an upfront equity investment) most of the financial upside to current shareholders is back-end loaded and based on milestones and royalties.”, the analyst added

The analyst maintained an Outperform rating on shares of ACHN, without providing a price target. 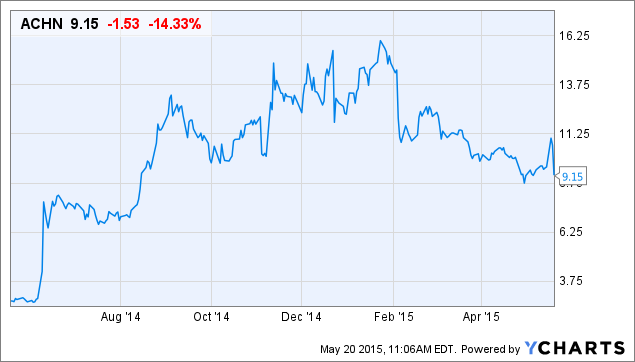