In a research report published today, Cowen analyst Eric Schmidt reiterated an Outperform rating on shares of Incyte Corporation (NASDAQ:INCY), after the company and partner Merck filed an international patent application for the use of IDO inhibitors in combination with PD1 antagonists. Importantly, the application revealed early data from the Phase I portion of a Phase I/II study being conducted by Incyte and Merck.

Schmidt noted, “We believe Incyte and Merck included data from the Phase I study in an effort to strengthen method of use claims around the combination. We have not yet formed a view on the strength of this patent and whether others interested in developing IDO1 + PD1 combinations might need a license to the invention.”

“Meanwhile, we view the early efficacy data from the epacadostat + Keytruda combination as highly promising. Although the numbers are small, an objective response rate of 57% (4/7) and disease control rate of 100% (7/7) are above what might be expected for any single agent anti-PD1 therapy,” the analyst added.

Out of the 9 analysts polled by TipRanks, 8 rate Incyte stock a Buy, while 1 rates the stock a Hold. With a downside potential of 9.5%, the stock’s consensus target price stands at $125. 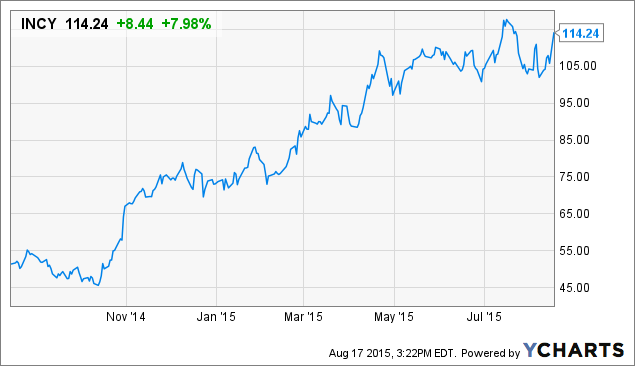