Cowen analyst Phil Nadeau weighed in today with a few insights on XOMA Corp (NASDAQ:XOMA), as data from gevokizumab’s EYEGUARD-B trial is expected over the next couple of weeks. This program is designed to prevent disease flares in patients with Behçet’s disease uveitis.

Based on data from the two pilot studies in which all evaluable Behcet’s patients responded to the gevokizumab treatment, Cowen’s consultants believe it is “likely” that the EYEGUARD-B trial will hit its primary endpoint of time to first acute ocular exacerbation. Nadeau noted, “Our consultants view the data from gevokizumab’s two pilot studies as “very encouraging”, “impressive”, and “promising”. Thus far, our consultants believe that gevokizumab’s overall safety profile “looks good” as there appears to be no increase in infection risk. Perhaps the biggest risk to EYEGUARD-B is that the trial was powered assuming a hazard ratio (HR) of 0.3.”

“We think the data will be a big binary event for XOMA. We estimate that there is a 70% chance that EYEGUARD-B hits its primary endpoint. We think that XOMA could outperform the market by 100%+ on success, but underperform by 60%+ on failure.”, the analyst concluded.

In his research report, the analyst reiterated an Outperform rating on Xoma stock, without providing a price target.

According to TipRanks.com, which measures analysts’ and bloggers’ success rate based on how their calls perform, analyst Phil Nadeau has a total average return of 36.8% and a 75.5% success rate. Nadeau is ranked #45 out of 3694 analysts. 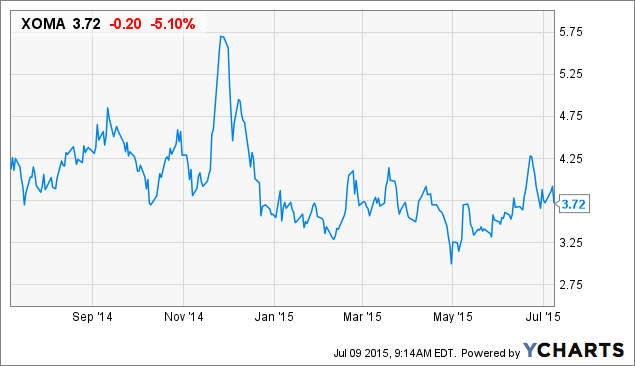