Cowen’s healthcare analyst Eric Schmidt weighed in today with his thoughts on Exelixis, Inc. (NASDAQ:EXEL), after the company reported its fourth-quarter results and business update. The analyst rates the stock a Market Perform rating, without suggesting a price target.

Schmidt noted, “Exelixis reported Q4 financials and guided to having enough cash to fund operations through 2015. Data from cabozantinib’s Phase III RCC trial is on track for Q2:15. Assuming positive data, EXEL will seek an ex-U.S. partner to provide funding for a U.S. launch. Pre-launch activities are intensifying ahead of cobimetinib’s August 11 PDUFA date in melanoma.”

According to TipRanks.com, which measures analysts’ and bloggers’ success rate based on how their calls perform, analyst Eric Schmidt has a total average return of 46.7% and a 86.4% success rate. Schmidt is ranked #22 out of 3483 analysts. 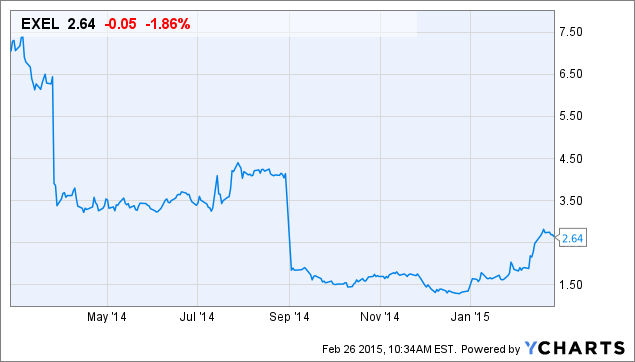