In a research report issued today, Cowen analyst Ritu Baral reiterated an Outperform rating on shares of Trevena Inc (NASDAQ:TRVN) and slightly raised the price target to $14 (from $13), after the company announced positive results from its Phase 2b study of TRV130 in acute postoperative pain, sending shares up more than 50% as of 2:32PM EDT.

“We think there is a significant need for safer analgesics in hospitals and clinics, especially given post-op deaths occur in obese/opioid tolerant patients who require greater amount of opioid but whose bodies cannot cope with the ensuing respiratory depression,” the analyst added.

All the 3 analysts polled by TipRanks rate Trevena stock a Buy. With a return potential of 41%, the stock’s consensus target price stands at $14. 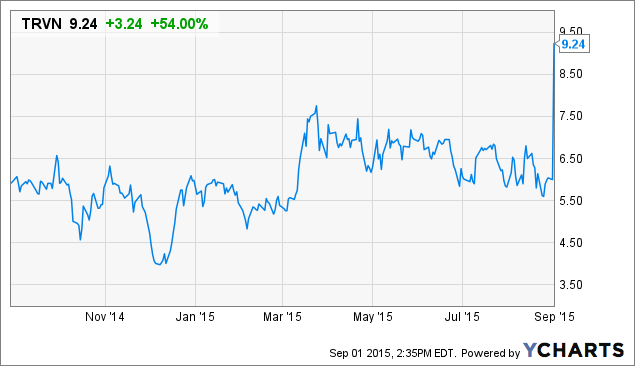 Trevena (TRVN) Stock Roars Back to Life; Analysts Dive In