Cowen analyst Boris Peaker was out pounding the table on Celldex Therapeutics, Inc. (NASDAQ:CLDX) Tuesday, reiterating an Outperform rating and price target of $28, which represents a potential upside of 80% from where the stock is currently trading.

Peaker noted, “CLDX is conducting a Phase III trial (ACT IV) of rindo (Rintega) in GBM (glioblastoma). Based on the FDA’s recent feedback to CLDX not to file for rindo approval based on Phase II ReACT study, we believe that investors wrote off rindo from their models/expectations.”

All the 7 analysts polled by TipRanks rate Celldex Therapeutics stock a Buy. With a return potential of 129.1%, the stock’s consensus target price stands at $35.71. 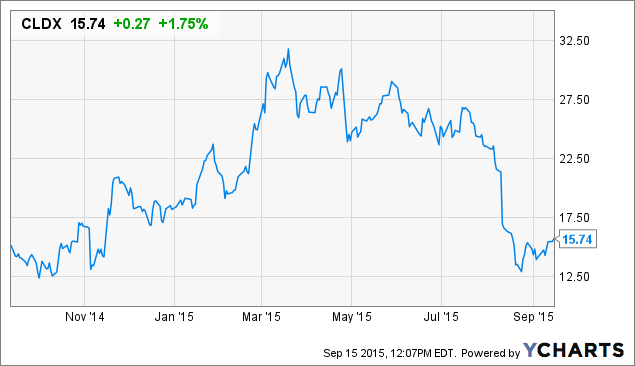