Cowen analyst Ritu Baral maintained an Outperform rating on Intercept Pharmaceuticals (NASDAQ:ICPT) with a price target of $420, as the company provided a clinical update on obeticholic acid (OCA), a novel bile acid analog and first-in-class agonist of the farnesoid X receptor (FXR), as well as planned 2015 milestones and other general business updates.

Baral noted, “The corporate update indicates ICPT is on track with all its planned clinical programs, especially the anticipated NDA filing of OCA in PBC and the new Phase 2 trial in PBC. NASH, however, remains investors’ focus. We see ICPT’s goal of starting a Ph3 program here in 1H15 as encouraging but likely aggressive, as timing relies on timely FDA talks and final feedback.” 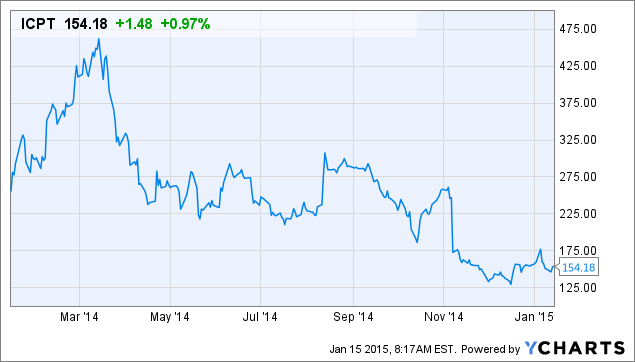