Schmidt noted, “Overall we view the data from CABOSUN as highly favorable, consistent, and supportive of the view that Cabometyx is superior to Sutent, a drug which has been the standard of care for ~10 years in this setting. We are also encouraged that Exelixis’s discussions with the FDA surrounding a label claim based upon these Phase II data appear to be productive and that the company intends to file an sNDA seeking approval.”

As usual, we like to include the analyst’s trackrecord when reporting on new analyst notes. According to TipRanks.com, which measures analysts’ and bloggers’ success rate based on how their calls perform, analyst Eric Schmidt has a yearly average return of 22.7% and a 53.5% success rate. Schmidt has a 147.4% average return when recommending EXEL, and is ranked #69 out of 4183 analysts.

As of this writing, all the 5 analysts polled by TipRanks rate Exelixis stock a Buy. With a return potential of 32%, the stock’s consensus target price stands at $17. 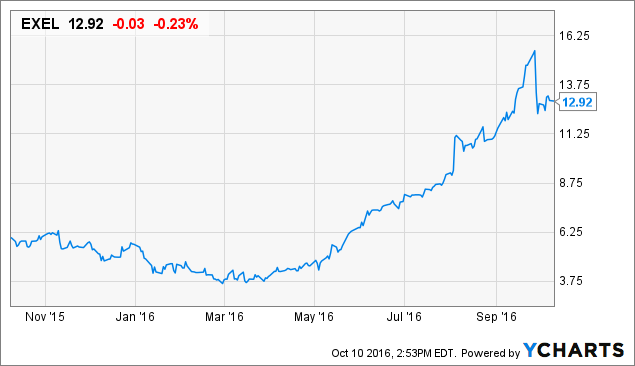